It has been reported that Arsenal are interested in signing Lokomotiv Moscow midfielder Lassana Diarra. 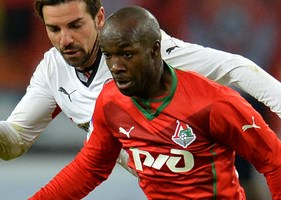 According to the Daily Express, the Gunners have declared an interest in signing former Chelsea and Real Madrid midfielder Diarra in January.

Reports in Russia suggest that Arsenal have made enquiries about bringing the French international defensive midfielder back to England in January.

Diarra is thought to be content with life in Russia but also tempted by the prospect of a return to a stronger league.