Reports are out claiming that there are concerns at AC Milan that Arsenal are planning a summer raid for Mario Balotelli. 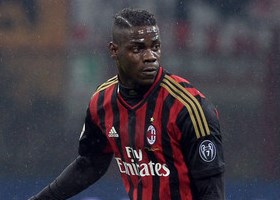 The former Manchester City striker was in tears yesterday during defeat to Napoli barely a day after confirming he was the father to Rafaella Fico’s baby girl.

The Mail on Sunday claims that Puma have just teamed up with Arsenal in £150million five-year deal.

And it has been reported in Italy that Puma could then help the Gunners fund the summer signing of Mario Balotelli, who is one of their sponsored stars.