Arsenal captain Thomas Vermaelen has declared that the players want to win the FA Cup for manager Arsene Wenger. 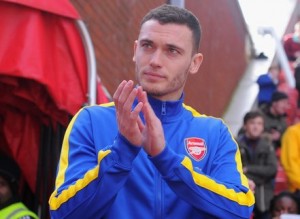 Victory over Hull City at Wembley would give Wenger a first success since 2005.

The Belgium international said: “We want to win it for him, for the players and for the fans.

“There’s been a lot of talk about us not winning, and we’re doing it all together as a club and for him as well.

“It would give us a massive boost for the next few years. There’s loads of potential in this team, a lot of good players, and it would give them confidence for the following years.

“We’re used to the pressure – every game has to be won. There’s been a lot of talk about not winning for nine years and there’s a lot at stake, but we go with a lot of confidence.”