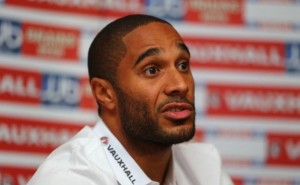 Arsène Wenger wants to sign Ashley Williams from Swansea City at the end of the season having lost faith in his central defensive partnership of Thomas Vermaelen and Per Mertesacker.

Wenger has identified the Wales captain as someone with the leadership qualities to control and organise Arsenal’s defence in a way more reminiscent of when the club built a large part of their success on having a dominant figure such as Tony Adams, Martin Keown or Steve Bould in the heart of their back four.

Arsenal face competition for the 28-year-old Williams from Liverpool, with Brendan Rodgers also prioritising the signing of at least one established centre-half in the summer and keen to recruit a player he previously managed at Swansea. Williams, contracted to 2015, would cost in the region of £8m.

Wenger had already made up his mind that he needed a new centre-half well before the north London derby and, ideally, wanted to bring in someone in the January transfer window. What happened at the weekend is hardly likely to have persuaded him to rethink bearing in mind the soft nature of Tottenham’s goals and the way neither Vermaelen nor Mertesacker, experienced internationals with Belgium and Germany respectively, seem capable of taking charge of the team’s defence.

Wenger, whose appointment of Bould as assistant manager this season has failed to find a solution, had hoped Vermaelen could be that controlling, organisational player but there are few signs of it happening. The Belgian was particularly culpable on Sunday when Arsenal’s poor defensive line let in Gareth Bale and Aaron Lennon to score in quick succession.