Reports are out claiming that Arsenal boss Arsene Wenger is joining the battle for Corinthians striker Alexandre Pato. 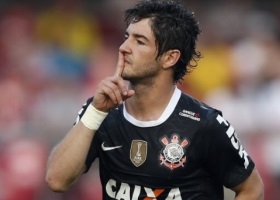 The Brazilian international striker has confirmed the interest of Tottenham in recent weeks.

The Sunday Express claims that Wenger, anxious to sign a new front man to support Olivier Giroud, tried to sign Pato, 24, last January when he was at AC Milan.

But Pato chose to return home to Brazil with Corinthians, who have hinted they will allow him to move for £10million or on loan.