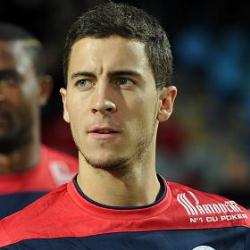 The Sun reported that the attacking midfielder has revealed he may join Tottenham.

Arsenal had been favourites to land Hazard, 21, who has a release clause of £33million.

Hazard admitted: “Maybe it will be Tottenham — they’re a big English club. I said I would go to England and they have some very good players there.”

But Emirates chief Arsene Wenger, who rates Hazard highly, will fight them all the way.