Interesting transfer news are out claiming that Arsenal boss Arsene Wenger is willing to go higher to convince Liverpool to part with Luis Suarez. 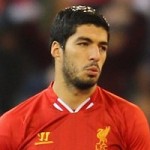 The Mail on Sunday claims that the chase for Suarez is looking increasingly unlikely to be successful, however, following Liverpool owner John W Henry’s assertion that he was ‘unequivocal’ about refusing to sell to the Londoners following a bid of £40,000,001.

It is said that the Frenchman will not give up and a significant third bid of about £45m later in the window is possible.

But the Gunners manager admitted: “If I listen to everyone else, he [Suarez] is not available. But we’ll see. We will do things in the right way.”