Reports are out claiming that Arsenal boss Arsene Wenger is in the market for a new centre-forward signing. 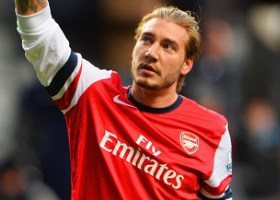 The Sunday Mirror revealed that Wenger still wants to sign another front-line striker in the summer as back-up for Olivier Giroud.

Lukas Podolski is likely to leave and Nicklas Bendtner is certain to be on his way out at the end of the season.