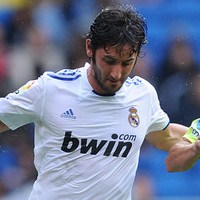 Reports are out claiming that Arsenal boss Arsene Wenger is preparing an offer for Real Madrid outcast Esteban Granero.

The Mirror revealed that the French tactician is trying to seal a £7million swoop for Real Madrid midfielder Esteban Granero.

It is said that Wenger has been tracking the Spain Under-21 star for the past year, and has already held talks.

He would like to sign Granero, 24, in January but Real may want to wait until the end of the season.

Skilful Granero is a product of the Bernabeu’s­ youth system, but has fallen out of favour in the past two seasons.