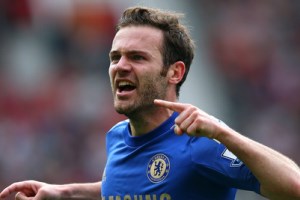 The People revealed that Wenger was in pole position to sign Mata from Valencia in 2011 until Chelsea nabbed him with a £23.5m package.

The 25 year old Spanish international has become a key player at the Bridge over the past two seasons.

Blues boss Jose Mourinho has insisted publicly that Mata is a player he does not want to lose but he does not see him as a regular starter and that is unlikely to satisfy one of Europe’s most creative players.

Manchester United have been linked with a move, while Tottenham are also understood to be watching Mata’s situation.

But Arsenal believe they could provide the best option if he wishes to stay in London.