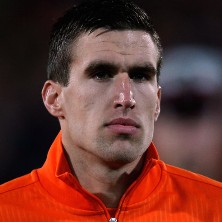 Interesting transfer news are out claiming that Arsenal are intensifying their interest in PSV Eindhoven midfielder Kevin Strootman.

Rowley saw Strootman in action against Ajax and also on the weekend against FC Twente.

The midfielder is under consideration as Arsenal boss Arsene Wenger seeks a ball-winner to add to his midfield.