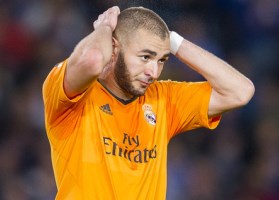 Punto Pelota reported that the French international is the ‘dream signing’ for Wenger ahead of the summer market and armed with the cash from Arsenal’s new PUMA kit deal, is confident of matching Real’s €50 million valuation.

Wenger, however, fears he’ll struggle to convince the Frenchman given the influence of Real coach Zinedine Zidane.

Barcelona attacker Pedro Rodriguez is a backup option for the Gunners manager if he cannot persuade Benzema about moving to London.