Reports are out claiming that Arsenal boss Arsene Wenger has not given up on signing Real Madrid striker Alvaro Morata this week. 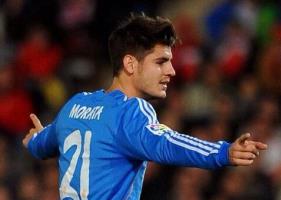 The Mirror claims that the Frenchman will send out an emergency SOS for a striker if he cannot bring Julian Draxler to Arsenal before Friday’s transfer deadline.

It is said that Wenger has been given some encouragement over Real Madrid young starlet Morata, who may be available on loan after all.

The 21-year-old Spaniard wants to play regularly and his representatives have sounded out the possibility of him being farmed out to the Gunners.