Reports are out claiming that Arsenal is preparing a January bid for Chelsea striker Demba Ba. 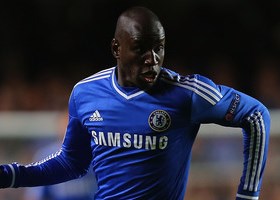 However La Liga side Valencia are also interested in the former Newcastle United striker.

The Daily Star reported that the Spanish club are desperate for a striker and they have lined up the Senegal international as one of their targets.

The 28 year old has struggled for game-time at Chelsea and was on the brink of leaving on transfer deadline day.

Arsenal were poised to sign him but the deal fell through due to the Gunners’ reluctance to pay a loan fee.