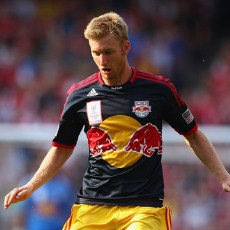 The Independent reported that the Gunners will this week send representatives to watch the United States international defender Ream in the Major League Soccer playoffs as the club’s manager, Arsène Wenger, considers his options ahead of the January transfer window.

Wenger is understood to have seen a £2.5m bid for the 24-year-old centre-back rejected by his current side, New York Red Bulls, during the summer, but he has continued to monitor the progress of the player who remains a candidate to move to the Emirates Stadium in January.

Ream, who made his debut for the US national team in November last year and has won seven full caps, will join his Red Bulls team-mates at FC Dallas tonight for the club’s wild-card playoff match and a number of Premier League clubs are expected to have scouts present.