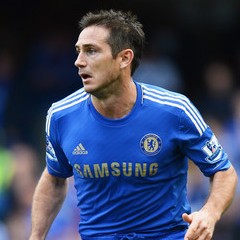 Reports are out claiming that Arsenal boss Arsene Wenger is lining up a shock move for Chelsea midfielder Frank Lampard.

The Sunday Mirror claims that the Frenchman is ­weighing up the astonishing move for the 34-year-old Chelsea ­midfield star.

The England international is in the final year of his contract and ­Chelsea’s new boss Rafa Benitez has revealed that Lampard will be free to leave at the end of the season.

Wenger, who has specialised in the recruitment of emerging young players, has instructed his staff to find some tried and trusted players to bolster emerging young stars such as Jack Wilshere and Alex Oxlade-Chamberlain.

Benitez will be happy to keep Lampard until next June when his deal expires and he can leave on a free transfer.