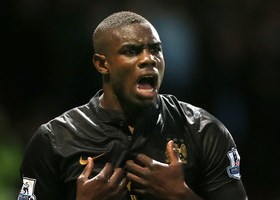 The Daily Star reported that City’s £10million-rated England international is again being eyed by Gunners boss Arsene Wenger as a potential replacement for Bacary Sagna.

The France right-back is out of contract at the end of the season and is being lined up to join French club PSG.

The England international star is out of contract at the end of next season and stated recently that he would be happy to stay at City for another ten years.

However a move to Arsenal would be a tempting alternative.