It has been reported that the agent of Newcastle United midfielder Moussa Sissoko cannot hide his admiration for the Bundesliga. 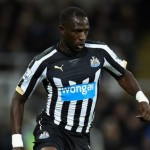 The French international has been linked with PSG and Arsenal this month, though also is tempted by a move to Germany.

“Many players have lately moved there. If we look into the Champions League, we see a team from the Bundesliga often in the last four. This league has a very high level.

“He would be very interested, but the priority is currently in England.”