Reports are out claiming that Ian Wright has labelled Arsenal’s summer chase of Karim Benzema as ’embarrassing’. 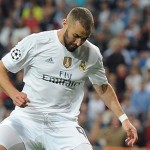 The Gunners were believed to be keenly interested in the Real Madrid striker but did little to actually make a move for his services during the summer transfer window.

As Arsene Wenger’s side crashed to Dinamo Zagreb 2-1 in their Champions League opener, club legend Wright spoke out about their failed pursuit of France international Benzema.

“I thought the Benzema situation was embarrassing in the way they pursued it,” he said on BT Sport.

“I thought they dealt with it was pretty bad, and the way he mugged Arsenal off on Twitter by saying Madrid is his home wasn’t great.”