It has been reported that Arsenal are pushing the Sanabria family about a deal for Barcelona striker Toni. 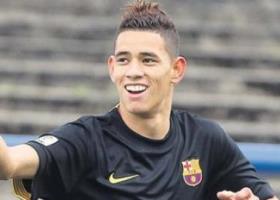 It is said that intermediaries have warned the Gunners of stiff competition arriving from Italy, where Juventus, AS Roma and AC Milan have also made offers to Sanabria.

The Gunners hope to wrap up a deal before January, with Sanabria stalling on agreeing terms over a new contract with Barca.

The 17 year-old Paraguayan has been likened to former Barca and Milan striker Patrick Kluivert.