Reports are out claiming that QPR and Arsenal are going head-to-head for Auxerre striker Paul-Georges Ntep this week. 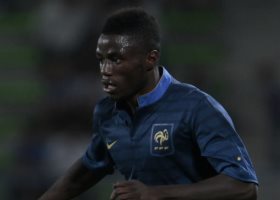 It is said that the prolific Ligue 2 goalscorer was in London last week for talks with QPR and Arsenal.

L’Equipe claims that while QPR are regarded favourites for Ntep, Arsenal have stepped up talks with Auxerre after losing Theo Walcott for the season due to knee injury.

Arsenal boss Arsene Wenger is eager to close a deal for Ntep, even discussing the prospect of loaning him to Rennes should he find an experienced striker signing before the market deadline falls.