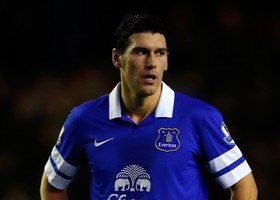 On-loan at Everton, Barry is off contract in June.

The Sunday Express says Wenger attempted to bring the 32-year-old to the Emirates on loan last summer – only for City to refuse to allow the player to join a Premier League title rival.

Wenger will try again when Barry becomes a free agent in the summer.