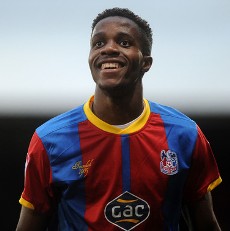 Reports are out claiming that Arsenal plan to bid this week for Crystal Palace winger Wilfried Zaha.

The Daily Mail revealed that the Gunners are set to increase their starting offer to beat Manchester United to the England player’s signature.

Arsenal had originally planned to make an £8million opening bid for the 20-year-old starlet, who wants to leave Selhurst Park in January.

However, they are considering a more lucrative starting offer to ensure Zaha’s arrival.

Arsenal, Liverpool, Tottenham To Do Battle For Lewis Holtby