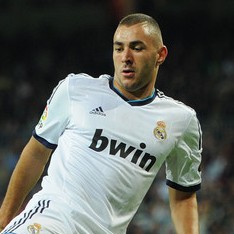 Reports are out claiming that Arsenal are keeping tabs on Karim Benzema’s situation at Real Madrid.

El Mundo Deportivo reported that the French international striker could be sacrificed in order for Real to sign Atletico Madrid ace Radamel Falcao.

It is said that Arsenal boss Arsene Wenger is a big fan of Benzema and may move for the Frenchman as a replacement for Robin van Persie, now of Manchester United.

But the Gunners would face a battle with big-spending PSG, who are reportedly keen to take Benzema back to France, and enquired about his availability during the summer.