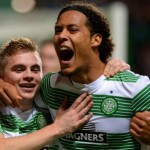 It has been reported that Arsenal are interested in Celtic defender Virgil van Dijk.

The Dutchman is also being linked with Southampton as they prepare to name Ronald Koeman as new manager.

The Telegraph reported that Arsenal see the young Dutchman as a replacement for Thomas Vermaelen, who is on his way to Manchester United.