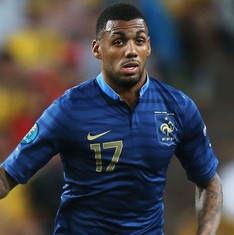 I has been reported that Arsenal have Rennes midfielder Yann M’Vila on their radar as a replacement for imminent Barcelona signing Alex Song.

Arsenal could yet bring in another defensive midfielder and though their interest in M’Vila has waned through the summer, they would bid if the French club would accept £8m.

Manager Arsene Wenger said: “We might bring another midfielder in. You have to be patient.”