Reports are out claiming that Arsenal boss Arsene Wenger has met with the agent of AC Milan striker Mario Balotelli. 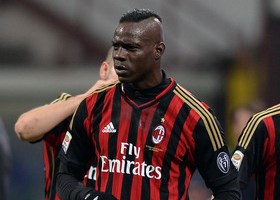 The Daily Express claims that Arsenal will make a move for the Italian international in the summer after Wenger held talks with the player’s agent this week.

Balotelli cried when he was substituted against Napoli last week, and while he bounced back with a late goal to secure victory against Bologna on Friday, it is clear that all is not well with the Italian international.

Indeed, the 23-year-old reportedly told agent Mino Raiola that he wanted to leave in January but preliminary talks with Chelsea – about a reunion with Jose Mourinho – failed to amount to anything.