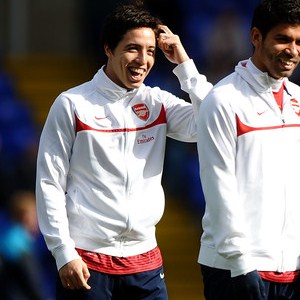 Great news for all Arsenal fans as midfielder Samir Nasri is set to be rewarded with a new contract offer by the club.

The 23-year old France midfielder who has enjoyed a solid start to the season will be offered a five-year deal according to reports as the Gunners move quickly to secure his services for the future.

It is said that the former Marseille midfielder’s existing deal expires at the end of the 2011/12 season but Gunners boss Arsene Wenger insists that the club is looking to tie up key players before their contracts run down.

Nasri has so far scored four goals in six league starts this term, prompting Arsenal to offer him the extension. Bacary Sagna On The Brink Of Arsenal Exit