Reports are out claiming that Arsenal are prepared to sell several big names this summer. 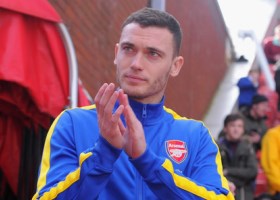 The Daily Mail reported that the club are ready to listen to offers for a number of their stars as they look to re-shape their squad.

But the Gunners want to strengthen their squad before letting players leave the Emirates Stadium.

Lukas Podolski, who is a target for Inter Milan, Nacho Monreal, who is understood to be frustrated by his lack of game time, Olivier Giroud and Thomas Vermaelen could all be part of a summer cull.