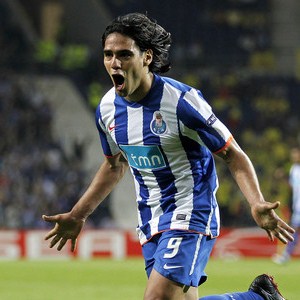 The 25 year old Colombian international has been a goal scoring powerhouse since his arrival at Porto two years ago.

O Jogo has now reported that Real coach Jose Mourinho knows all about the former River Plate striker and wants to bring him to Madrid next season.

It is believed that Real Madrid scouts were impressed by Falcao’s five goal haul in Porto’s Europa League clash with Villarreal.

Falcao’s agent revealed Arsenal were pressing for a deal with Porto last week.