It has been reported that Arsenal remain favourites to sign free agent Ciprian Marica. 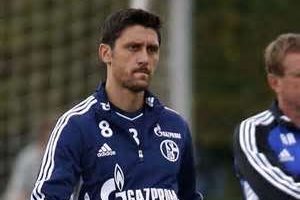 The 27 year old Romanian international striker came off contract at Schalke over the summer and remains without a club.

According to Reviersport, Shakhtar Donetsk, Lazio and Inter Milan have all made contact with his camp, but Marica favours a move to England, particularly with Arsenal.

West Ham United are also being linked with Marica, though their deal for Mladen Petric is likely to clear the path for the Gunners. Wenger faces Injury crisis as Szczesny and Koscielny ruled out