It has been reported that Arsenal boss Arsene Wenger had scouts posted for Nurnberg’s clash with SC Freiburg on the weekend. 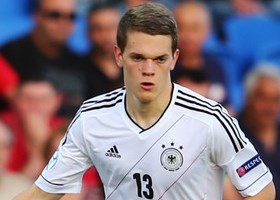 It is said that the Frenchman is keen on Nurnberg’s Swiss centre-forward Josip Drmic.

And he also took the chance to have Freiburg youngster Matthias Ginter watched on the day.

Interestingly, it was Ginter who marked Drmic for much of the game as Freiburg finished 3-2 winners – with the Swiss scoring from the spot. Arsenal Seeking To Schedule Talks With Napoli For Faouzi Ghoulam