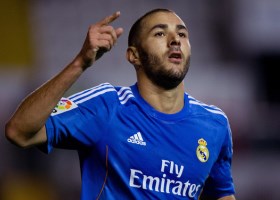 The London Evening Standard revealed that the French international remains high on Wenger’s list as he seeks a new striker signing for January.

It is said that the Gunners have the funds despite spending £42.4m on Mesut Ozil in the final throes of the last window, though Real will be reluctant to sell without a replacement lined up.