It has been reported that Arsenal remain keen on signing Lille fullback Pape Souare. 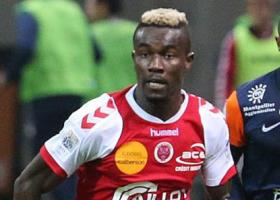 The 23 year old has enjoyed an impressed first-half of the season in Ligue Une and his form has attracted the attention of Arsenal.

It is said that the Gunners were represented at Lille’s clash with St Etienne on the weekend to run the rule over the Senegal international, says But!.

Souare has thrived at Lille after filling the void left by Lucas Digne’s summer departure.