It has been reported that Arsenal and Manchester United are interested in Real Madrid midfielder Xabi Alonso. 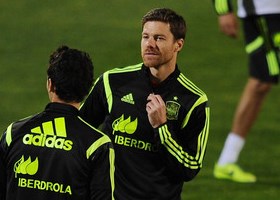 Reports surfaced claiming that the Premier League rivals are gearing up for a transfer scrap next summer over the signature of the ex-Liverpool midfielder.

Alonso, 32, is out of contract at the end of this season and has so far failed to agree a new deal at the Bernabeu.

As long as that uncertainty persists, both the Gunners and United will stay hot on the heels of the World Cup and European Championship winner.