Reports are out claiming that Arsenal have not dropped their pursuit of Lyon midfielder Yoann Gourcuff. 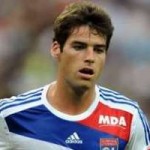 The London Evening Standard revealed that Arsenal retain an interest in the French international, who club president Jean-Michel Aulas claimed last week was willing to take a pay cut to move to north London.

The 27-year-old is valued at around £15m but despite scouting the player on several occasions, Aulas has hinted a deal looks unlikely at present.

“I do not think Gourcuff will go to Arsenal but in football anything is possible,” Aulas said. Wojciech Szczesny Eager To End His Career With Arsenal