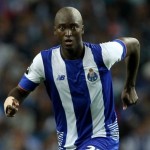 Reports are out claiming that Arsenal continue to track Porto midfielder Danilo Pereira.

Danilo was the prime subject of the Arsenal reps, though Sporting CP pair William Carvalho and Joao Mario have also been linked with the Londoners.

The 24 year-old Danilo is under consideration at Arsenal as their midfield faces a major shake-up.

Tomas Rosicky, Mathieu Flamini and Mikel Arteta will be allowed to come off contract next month.