It has been revealed that Arsenal are monitoring William Carvalho’s situation at Sporting CP. 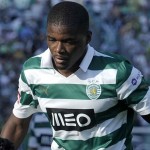 The Daily Express reported that the Gunners have been given fresh hope of signing long-term transfer target Carvalho after his contract talks with Sporting stalled.

The 23-year-old, who was born in Angola but has 13 caps for Portugal having moved there as a child, has been linked multiple times with the Gunners as they seek a defensively-minded central midfielder.

The midfielder’s current deal includes a £31million (€45million) minimum release clause, which the club want to push up to £42million (€60million).

And with Sporting unlikely to want to let the midfielder leave, Arsene Wenger would have to meet that figure, which would make Carvalho Arsenal’s record signing.

Pep Guardiola Lined Up To Replace Arsene Wenger At Arsenal