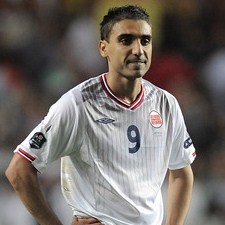 It has been revealed that Hannover 96 striker Mohammed Abdellaoue is open to a January move away.

It is said that Arsenal, West Ham United, AS Roma and Lazio are all being linked with Abdellaoue.

His representative Stig Lillejord told Calciomercato: “I know the rumours but no-one has contacted me. So far there have been no formal offers. What if something happens in January? Then we have to ask Hannover.”