According to reports the London Evening Standard, Arsenal scout Brian McDermott has said that he does not expect Arsene Wenger to spend extensively in the January transfer window. 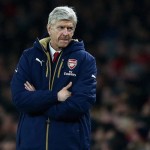 Wenger has consistently said that he will only move in the market if he can find a “quality” player to improve his squad and his scout does not expect many players who fulfil those criteria to be available in the mid-season market.

“The scouting structure at Arsenal is phenomenal. We all know who the top strikers in the world are. Can you get them to come? They won’t be available in January that’s an absolute certainty.”