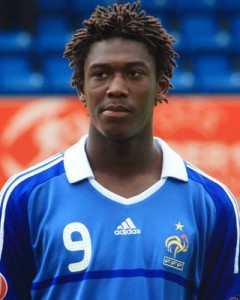 Arsene Wenger is targeting yet another French youngster – this time Under-21 international striker Yaya Sanogo.

Arsenal boss Wenger is under pressure from fans and pundits to bring in defensive and midfield reinforcements.

But he is keen on 20-year-old Sanogo, as the 6ft 3in marksman is out of contract at the end of the season and currently free to speak to foreign clubs.

The Gunners’ manager is already understood to have travelled to Paris with scout Gilles Grimandi to hold talks with the player and his representatives.

Sanogo currently plays for Ligue 2 side Auxerre and is enjoying an impressive resurgence – with seven goals in just seven games this season.

It comes after a double leg break earlier in his career put him out for a year and a half. Arsenal’s Oxlade-Chamberlain Highlights The Importance Of Being Versatile