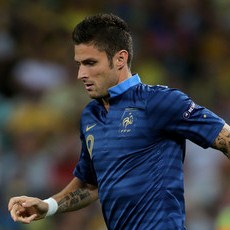 Reports are out claiming that Arsenal will welcome Montpellier striker Olivier Giroud as their latest signing this week.

The Sun reported that the French international striker will join Arsenal for £12million this week.

He will have a medical tomorrow or Tuesday before he is officially unveiled as a Gunner.