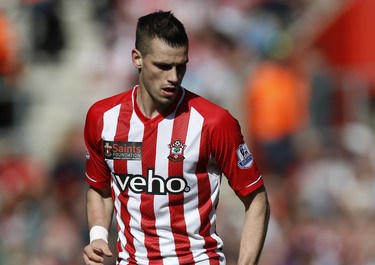 Reports are out claiming that Arsenal are believed to be easing their reported pursuit of Morgan Schneiderlin.

The Daily Mirror suggests that Gunners boss Arsene Wenger, who is a big admirer of Southampton’s Schneiderlin, may cool his interest in the Frenchman.

25-year old Schneiderlin is keen to play Champions League football and it was suggested that he may be open to a summer move to the Emirates Stadium but Wenger is apparently happy with Francis Coquelin in the holding midfield role and could end his chase of the former Strasbourg man. Per Mertesacker Pleased With Arsenal’s Effort At Liverpool