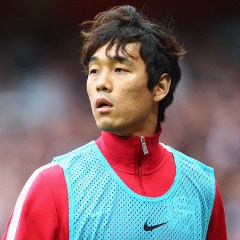 Bad news for all Arsenal fans as it has been revealed that Park Chu-Young looks set to leave the club in two years’ time after abandoning hope of avoiding national service.

The Gunners paid French club Lille £4million for the South Korean star, a figure that could rise to £10m if he manages to get out of the compulsory two years’ military action.

However, Park, 26, says there is no chance of that happening, meaning Arsenal will lose a player arguably reaching his peak in 2013, says the Daily Star Sunday.

“It isn’t really possible to be excused,” he said.

“That can’t and won’t happen, which is another reason I chose to come here.

“I’ll have to leave Europe in two years’ time and I thought this would be an incredible place to finish.

“My national service is inevitable and there is no point in thinking anything else.”

To make things even more galling for Arsenal, Park will still be playing football during his national service.

“I’ll still be playing games – but for an Army club,” Park added.

“I think it’ll be difficult to return to Europe after that, although if something interesting comes up, you never know.”