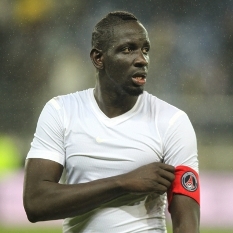 The defender has long been admired by Arsenal manager Arsene Wenger and confessed he would be considering his options after a difficult season under coach Carlo Ancelotti.

Things become worse for Sakho on the weekend as he gave away penalty in defeat to Lille.

French sources say it could be the final major act by Sakho as a PSG player.