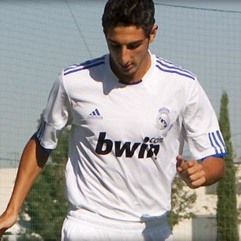 It has been revealed that Arsenal boss Arsene Wenger is raiding Real Madrid to land superkid Jose Rodriguez.

The Mirror has reported that Rodriguez, 16, is ready to move to the Emirates following a tip-off from Arsenal’s Spanish scout Francis Cagigao.

Wenger will offer Rodriguez a five-year contract starting next season after the player impressed in the Under-17s World Championships, with Arsenal now negotiating with Real Madrid over compensation.

The Gunners, who snapped up Hector Bellerin and Jon Toral from Barcelona this summer, have also been keeping tabs on another Real Madrid youngster.