It has been reported that Arsenal are planning a new approach for Real Madrid striker Karim Benzema. 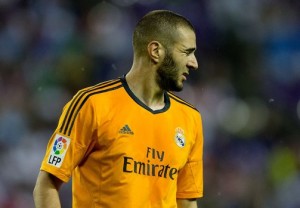 The Daily Mail claims that Arsenal will check on the availability of Benzema after the Champions League final.

The French international striker has been coveted by Wenger for years, with the Gunners having failed with moves for the forward in the last two summers.

And Arsenal are ready to make another move for Benzema this summer as the club targets a bone-fide world class striker ahead of next season.

Benzema has 12 months left on his contract leaving him in a strong position to either re-negotiate a new deal or force a move away this summer.