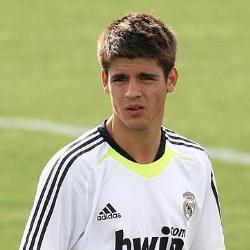 Reports have emerged that Arsenal and Sevilla are interested in signing Real Madrid striker Alvaro Morata.

It is said that Morata has been watched by Gunners chief scout Steve Rowley for the Castilla this season.

Morata has scored 22 goals in 45 appearances for Madrid’s second string and scouts have tracked his progress for over a year now.