It has been reported that Barcelona youth teamer Georgios Spanoudakis has been snapped up by Arsenal. 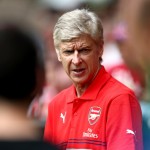 The Daily Mail claims that the 15-year-old central midfielder joined the Catalan club’s La Masia academy from Eintracht Frankfurt in 2009, but will now join Arsenal’s Under-18 set-up for the coming season.

Spanoudakis has made several appearances for Germany’s youth teams, but could still choose to play for Greece should he wish to transfer his nationality.

The Germany youth international is in the mold of former Arsenal captain Cesc Fabregas with an eye for a killer pass and technical ability.