According to reports from www.sportspromedia.com, Arsenal have signed a three-year partnership with Chinese lottery provider DJI Holdings. 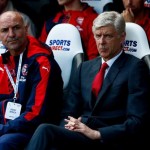 The agreement sees the company, which develops, promotes and distributes authorised sports and welfare lottery products in China, become the club’s official lottery partner in the country.

Under the terms of the deal, DJI will offer fans and participants weekly prizes, including team merchandise and tickets to attend matches at Arsenal’s Emirates Stadium. Sports lottery players in China will also have access to a range of exclusive Arsenal content on a regular basis throughout the term of the agreement.

DJI is available to lottery players online, via mobile and through retail stores across China, with proceeds used to support causes, including the development of soccer, at a local level.

Arsenal’s chief commercial officer, Vinai Venkatesham, said: “We have a big fan following in China and this partnership is a result of a lot of work growing our presence there.

“We have toured China twice and have developed significant on-line followings through social media platforms and dedicated local language website.”